Sit upright and relax your spine, take a deep breath in and release it with ease. Have you ever thought of what helps each of these movements to smoothly happen, or what in the human body is responsible for a basic structure? Bones. And the spine is one of the most important when it comes to posture that helps it sitting, standing, sleeping, walking, and every other movement. Any disbalance in the function of the spine can unfavourably affect basic human movements, and lead to complicated problems. If you are looking for Spine Surgeon in Hyderabad then Dr Madhu Thumu is the one to have a word with.

So, when there is a problem that has started to restrict your movements, you rush to seek professional help for pain relief. But then, by the time you reach for non-surgical improvements, it can happen that you end up being a little late for medication. Nevertheless, your doctor still has a way out, with an option of a spine surgery. So, here’s all that you can know about spine surgeries and how they can be beneficial. But before that, take a quick read about the basics of the spine, the possible problems that can occur, and how they lead to a requirement of a spine surgery. 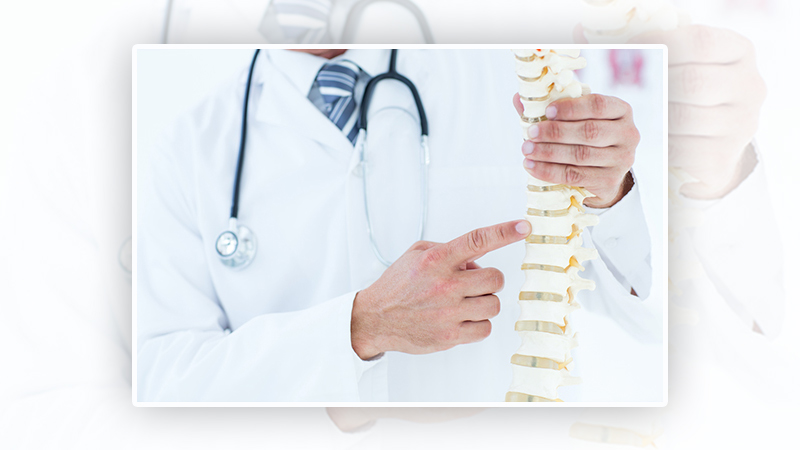 The spine connects the head to the neck, and the neck to the torso (trunk) and the trunk to the lower body. It is divided into three parts.

All the three connected form the spinal cord. Apart from the bones, the spinal cord also comprises of various muscles, ligaments, and nerves that hold, stabilise and support the spine and its function. It is 18 inches long, and has 33 bones that are interlocked. The spinal nerves carry the signals or messages from and to the brain to regulate normal sensation and movement.

What causes problems in the spine?

While talking about the problems of the spine, there are many. However, the main reasons mostly are:

Foraminotomy – Foraminotomy is the procedure where the compressed spinal nerves are released from the pressure, by removing the tissues that compress these nerves. Some parts of the bones which contain the nerves are removed during this procedure. As a result sometimes the spine stability gets affected, which will require a spinal fusion to be done to stabilise the spine.

Spinal fusion – A spinal fusion is done to stabilise the spine. The surgery involves the joining of two vertebrae.

Spinal disc replacement – This is a relatively new surgical procedure which involves replacing the damaged disc between two vertebrae, with a specially designed prosthetic disc, allowing the spine to have normal movement and function.

Discectomy – This is more specifically done for people with a herniated disc. If the hernia spreads inwards it puts a lot of pressure on the nerves of the spine, causing excruciating pain. This surgery involves the removal and replacement of a part or the complete disc.

Laminectomy – This is one of the most common and recommended spine surgeries, which involves removing the affected spinal bones that put pressure on the spinal nerves. It is usually done for those who’ve been suffering from spinal stenosis and spondylolisthesis. During the surgery if the surgeon suspects an instability in the spine, there is a chance that they might also include a spinal fusion along with laminectomy.

With all the information above, we hope that you must have understood the basic reason that might require you to go ahead with a spine surgery. However, we still have a list of the top 3 reasons for your reference.

1. To help the nerves relax and get rid of pressure that causes Back Pain

2. To stabilise an unstable spine. An unstable spine is a condition that disregulates the function of the spine as it can no longer hold the ligaments and muscles which are necessary for the spine to function normally. The spine loses its ability to hold the body upright. It is mostly seen in people with spondylolisthesis and spinal fractures.

3. There are a few conditions that affect and impair the natural curve of the spine. This can lead to poor functionality of the spine and causes a lot of pain and discomfort. Some of the conditions such as scoliosis, kyphosis and flat back syndrome are usually managed without surgery. But then, sometimes the crookedness of the back’s structure does not set right with simple physical therapy and medication. That is when the need for a spine surgery arises.

How does a spine surgery benefit you?

Back pain is something that makes you physically immobile. You feel fatigued and become less productive which can also affect your overall health. Your mental state also is a significant part of your wellbeing and a painful back can worsen it. Getting a spine surgery can make things fall in place physically and mentally. Here’s a list of how a spine surgery can bring you in shape.

There is another type of surgery that you might be a bit more interested, because not wanting to undergo pain and blood loss is what everyone looks forward to. ‘A minimally invasive spine surgery’. This is an advancement in the field of orthopaedics which allows smaller incisions to be done. Also, the time taken for the surgery and the recovery, both are reduced. So, if you are serious about getting your spine treated, you can consult Book Your Appointment with Dr. Madhu Thumu (Orthopedic Surgeon in Hyderabad), breathe out all your pain and relax your spine again!

Consult now or Get a second opinion, by our Orthopaedic Doctor